Death to the album cycle! 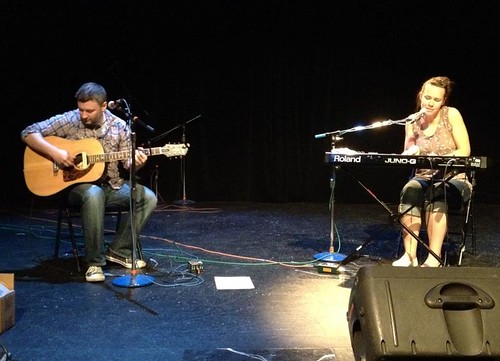 Folklife was a hoot and we had a great audience. We debuted two new songs and solicited the crowd for opinions on having monkeys as part of our act. Jerin's idea, not mine. For serious. We'll have some follow-up stuff posted soon.

In the last month it was decided that both Kirby Krackle and Explone will be joining Kin to Stars in semi-abandoning album releases in favor of releasing singles throughout the year. Patrick had a great metaphor to explain why: "I want more times at bat."

I was really happy to hear this. For bands striving to find new fans, the concept of the "album cycle" has been dead and buried for at least a decade.

The baseball metaphor really is apt. With an album, you get one time at bat. One chance for significant attention. You're counting on that home run. If you swing and miss, that's ten songs' worth of effort down the drain. Contrast that with a band that consistently releases singles every few months. If one flops, so what? Move on to the next one and make it better. Infinite times at bat. There's no heartbreak from watching three years of work, time and money go ignored. You haven't bet the farm on that one shot.

Unless there is someone else footing the bill -- and therefore calling the shots for you -- there should be only one reason to release an album: your fans want it. Every other reason is probably the wrong reason. If you've got thousands of fans already willing to wait, that's awesome! But most bands don't, and it's easy to burn out trying to keep fans interested during those between-release dead zones.

Personally, I find releasing singles is way more fun and energizing. We're already beginning work on the next Kin to Stars single, surfing the wave from our last one, without the emotional overhead of boxes of unsold CDs and thousands of dollars of recording debt. It's a nice way to work. I can't wait to see it applied to the other bands I'm working with.