So poor Kyle had to go down to the San Diego Comic-Con this weekend without the full Kirby Krackle lineup due to scheduling conflicts. I hear he's performing solo at their booth at the top of every hour, so if you're at SDCC make sure to swing by and tell 'im his bassist said to request "Up Up Down Down" on pain of face-punching.

Back in May we went to the Phoenix ComiCon as a band, and I've been meaning to post pics. The details are a bit fuzzy, but I do recall blazing temperatures, almost sharing an elevator with Felicia Day -- twice -- close encounters with Wil Wheaton and sci-fi writer John Scalzi, and a hotel lobby just packed with with cosplayers all night every night.

This photo doesn't even come close: 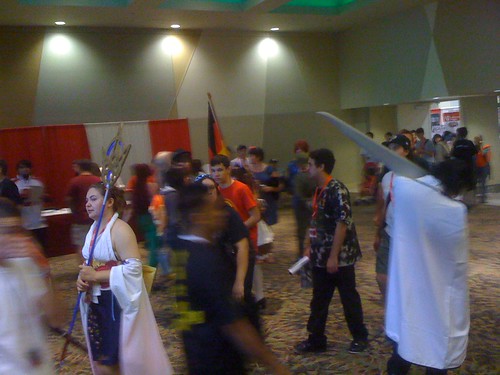 I actually didn't hang around on the tradeshow floor very much. Instead, keyboardist Bryce and I decided to take in some local scenery and scale Camelback Mountain, a huge rock formation outside the city.

What could possibly go wrong? 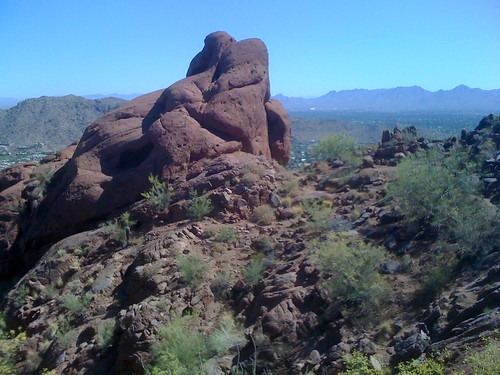 The scenery was fantastic. I don't think I've ever seen saguaro cactus in the wild. And there were tons of them, and blooming. 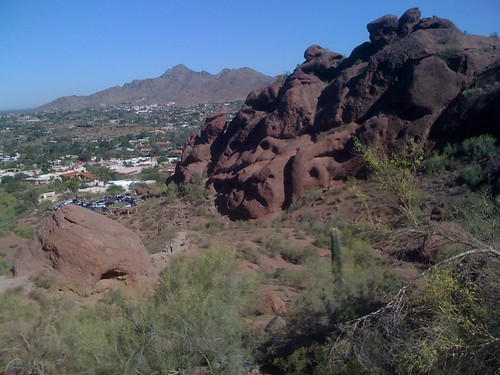 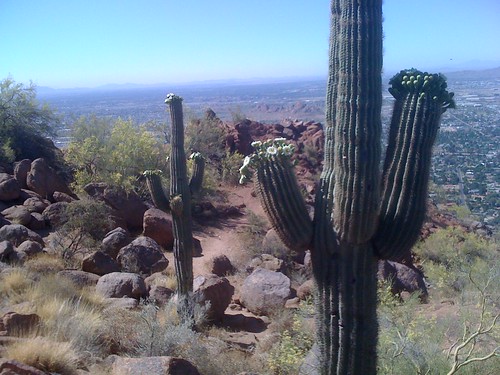 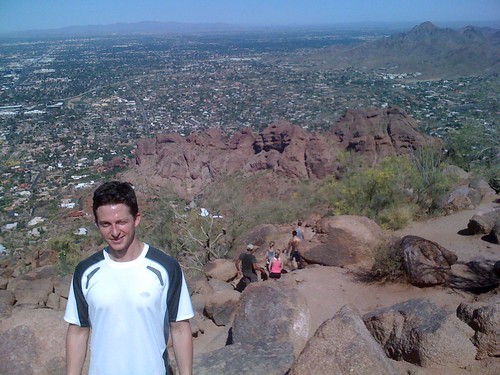 Back at the 'con, this guy took the Most Dedicated Makeup Job award: 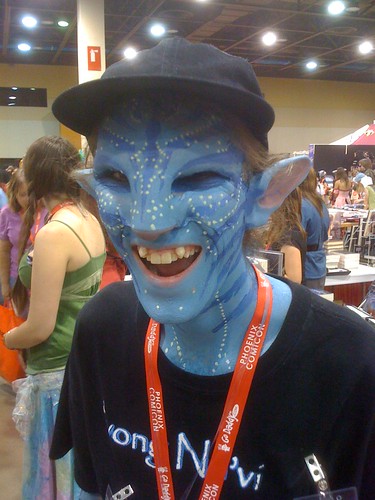 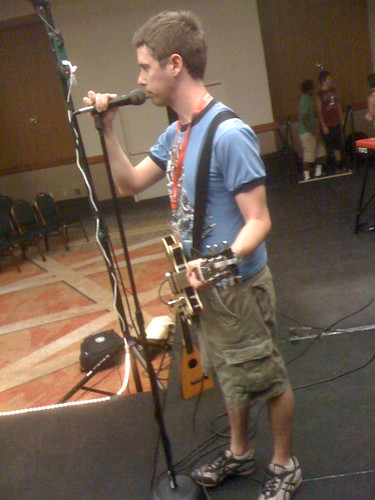 They opened the doors a bit early so the early crowd caught us with our musical pants down: 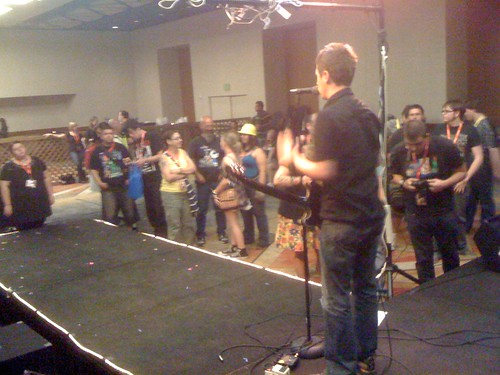 We were one of several acts playing that night, and our opening act was a real doozy: James Marsters, aka Spike, aka Brainiac, aka Capt. John Hart, strumming an acoustic and singing Springsteen-esque original tunes. I heard the VIP seating for this event was pricey. Spike's got fans. Unfortunately this is the best pic I could get: 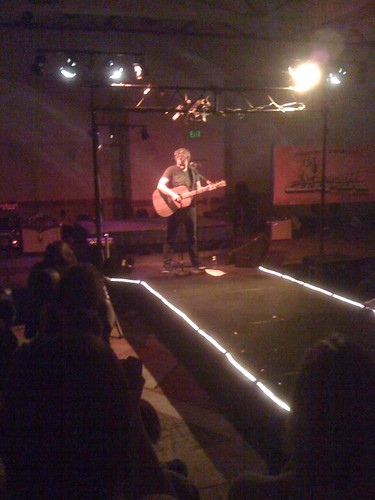 And that's about all I have. Special thanks to the guys off to stage right jumping up and down screaming every word, that was totally swords. If you saw me there: hi! 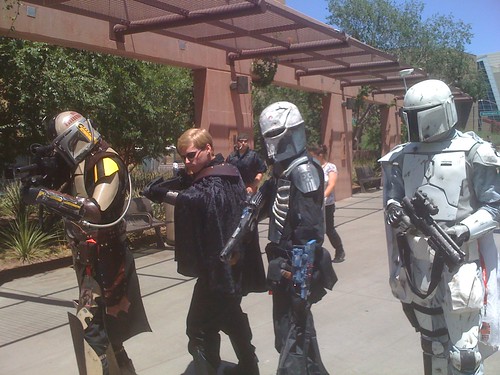