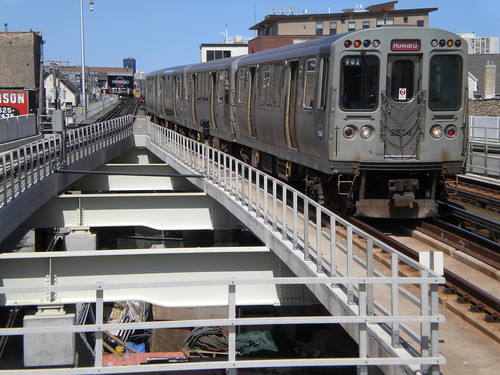 (N.B.: when I'm not working on my own tunes, I play bass with post-rockers Explone and nerd-rockers Kirby Krackle.)

I didn't actually get to C2E2. While Kyle and Jim went to work the booth on the tradeshow floor, Nelson, Patrick and myself decided to explore the city a little bit. If you're looking for pics of the conference, go check out the official Kirby Krackle blog. Or just Google "c2e2 sexy batman" or something.

Our hotel was the Essex, next to the Hilton on Michigan. There was some nice green space across the street and it was a pretty gorgeous day. 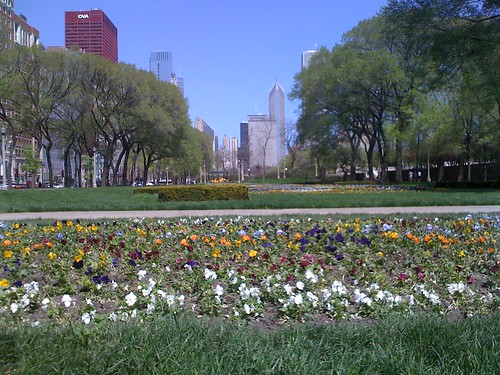 We took the elevated train up to Wrigleyville. I was super-excited to ride Chicago's famous loop, but nobody told me it went underground, too. I was prepared to be disappointed when we headed down into a tunnel station, but a few stops later the train popped out into the sunlight and we were gliding along at rooftop level. Awesome!

In Wrigleyville, we went to the Chicago Music Exchange, an absolutely fantastic store full of vintage instruments. Check this: 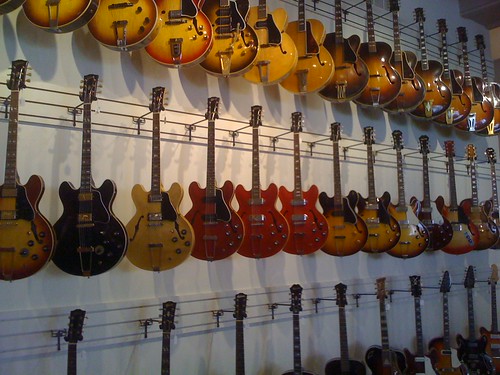 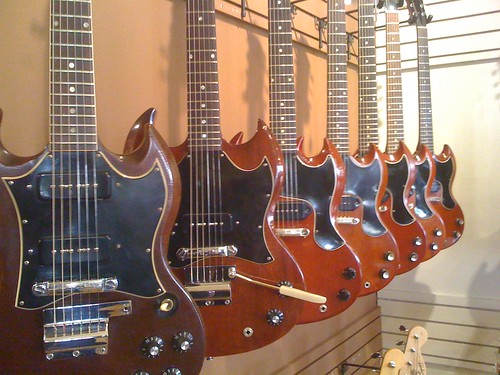 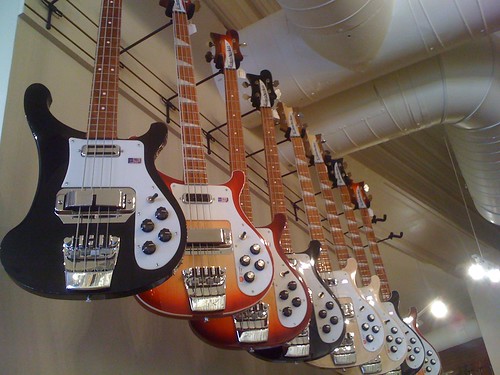 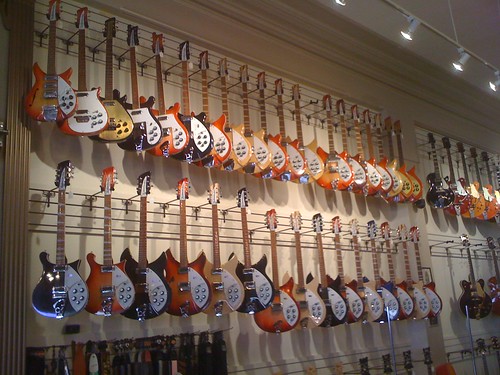 These are some beautiful Fender --um, Jaguars. Or Mustangs. I don't know the difference: 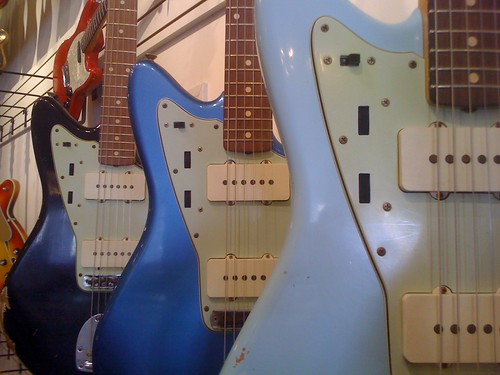 Tons and tons of vintage amps: 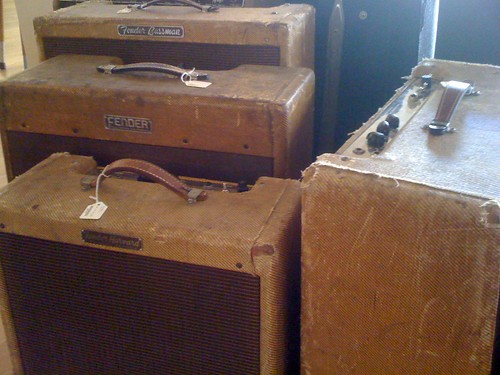 I don't even know what this is, except that I probably shouldn't mess with it: 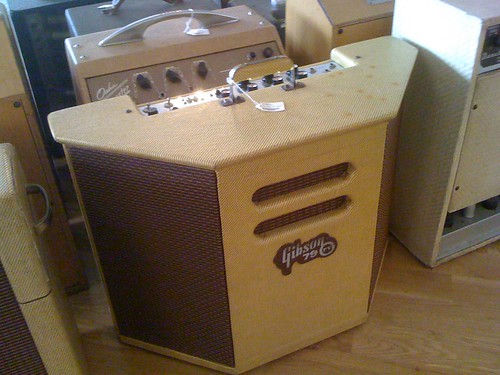 And this is probably the most amazing one: a vintage Les Paul gold top, with original funky pickups and hardware. This guitar, I'm told, probably goes for five figures: 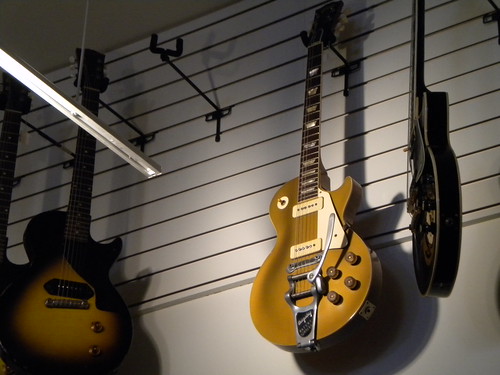 I think I just drooled out the side of my mouth a bit. There are more pics from the store on my Flickr account.

Pretty soon it was time to come back to the hotel, grab our instruments and head to the club. Reggie's is a pretty awesome punk dive. 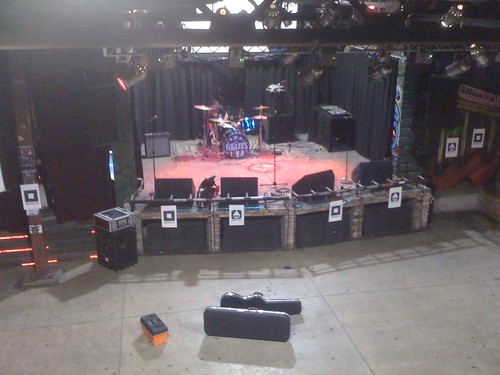 Everyone at Reggie's was so cool. The soundguy, the security dudes, just about everyone was really cool. Except the bartenders. 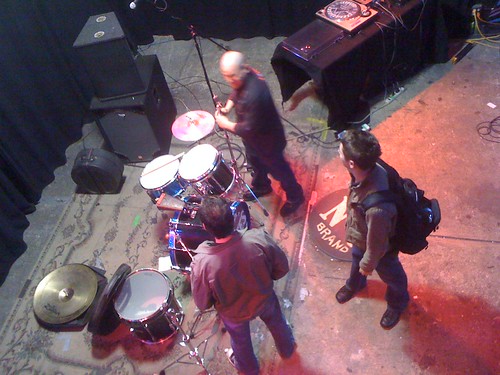 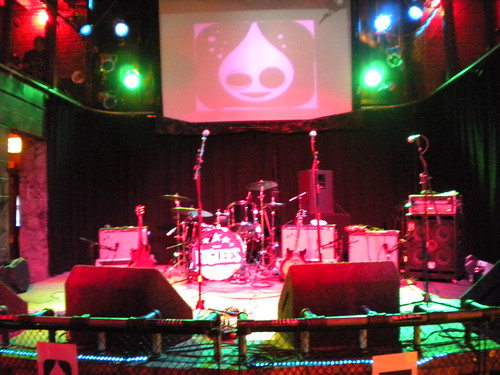 We shared the bill with the Fuglees (who also loaned us their gear), a power-pop band that reminded me of Sugar, if Bob Mould wrote songs with titles like "David Lee Roth" and "(She's Got) Japanimation Eyes." Their bassist is comic illustrator Andy Kuhn. 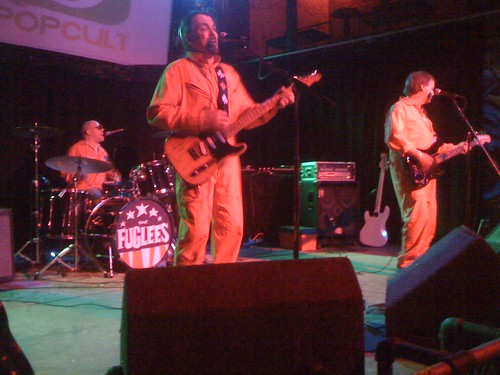 We took the stage and rocked for about an hour. I'll just point you to the TON of videos of us playing the show at the Kirby Krackle YouTube channel, including some with Marvel editor-in-chief Joe Quesada, who is actually a really great singer. I did shoot some video during the show from the stage, but I need more time to get it off the camera and process it. Look for it next week.

Bye Chicago! Wish we could've stayed longer. The next full-band KK show is in Phoenix AZ for the Phoenix Comicon. 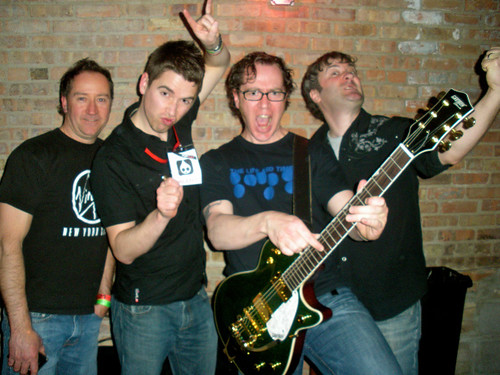