These preamps go to 11 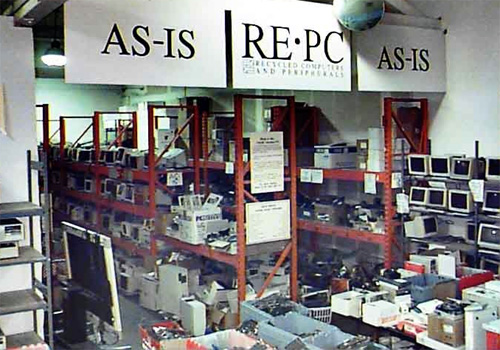 So I finally broke down and upgraded my recording rig. Actually, my original sound card broke down first, so the decision had already been made for me!

I figured if I was gonna upgrade the card, I might was well do the whole system, which seriously bummed me out because I hate dealing with hardware and I'd rather run a piece of equipment until smoke billows out of it before spending cash to replace it.

But I got really, really lucky. I wandered into Re-PC, which basically a giant warehouse filled with recycled computer parts and stuff, and hidden against the back wall I found a like-new 3.2GHz Pentium 4 machine, with 2 GB of RAM and WinXP Pro. I figure it's someone's former gaming or media box as it also came with a crazy 7.1 sound card and DVD burner. I'm amused to think this is someone's old, slow machine chucked to the curb, but what do I know. One man's trash, etc.

Anyway, a few days later I got an M-Audio FastTrack Pro. Not a top-of-the-line model by any definition, but it has decent preamps and phantom power, and it's USB powered so there's no ugly AC adapter. It's got two inputs so I can finally (finally!) record in stereo to separate tracks like a grownup.

By the way, all the complaints about the FastTrack preamp knobs are true: positions 1 - 8 are too quiet, 9 is just right, 10 is WAY TOO MUCH. Something about how the knobs don't compensate for the logarithmic blah-blah? Anyway, trust your meters, not your headphones, I guess. Also, I had to go online to download the latest drivers; apparently "it's ASIO or nothing."

Between the new PC and the FastTrack, recording is suddenly fun again, hooray! Everything just works and sounds better. I spent the weekend installing FL Studio and Reason, hooking up MIDI stuff, and playing around with REAPER, which I'm pretty sure is going to replace Cakewalk SONAR as my multi-tracker of choice, given that the former costs way less and does everything the latter does.

Now I just need to sit back and wait for all this new gear to write a song for me to record!