When I was promoting my Halloween comic THE LAST REUNION SHOW I wanted to show off some of the web animations I was using to give some life to the story. Normally this would lead me to installing some adware-laden GIF-maker app that I'd come to regret. But I'm really impressed with GIPHY Capture for making it stupid easy to create those animated GIFs that are the lingua franca of today's web.

It's just a floating frame that you position over the thing you want to make a GIF from. Click record and then export at the quality you want. It doesn't even add a watermark! 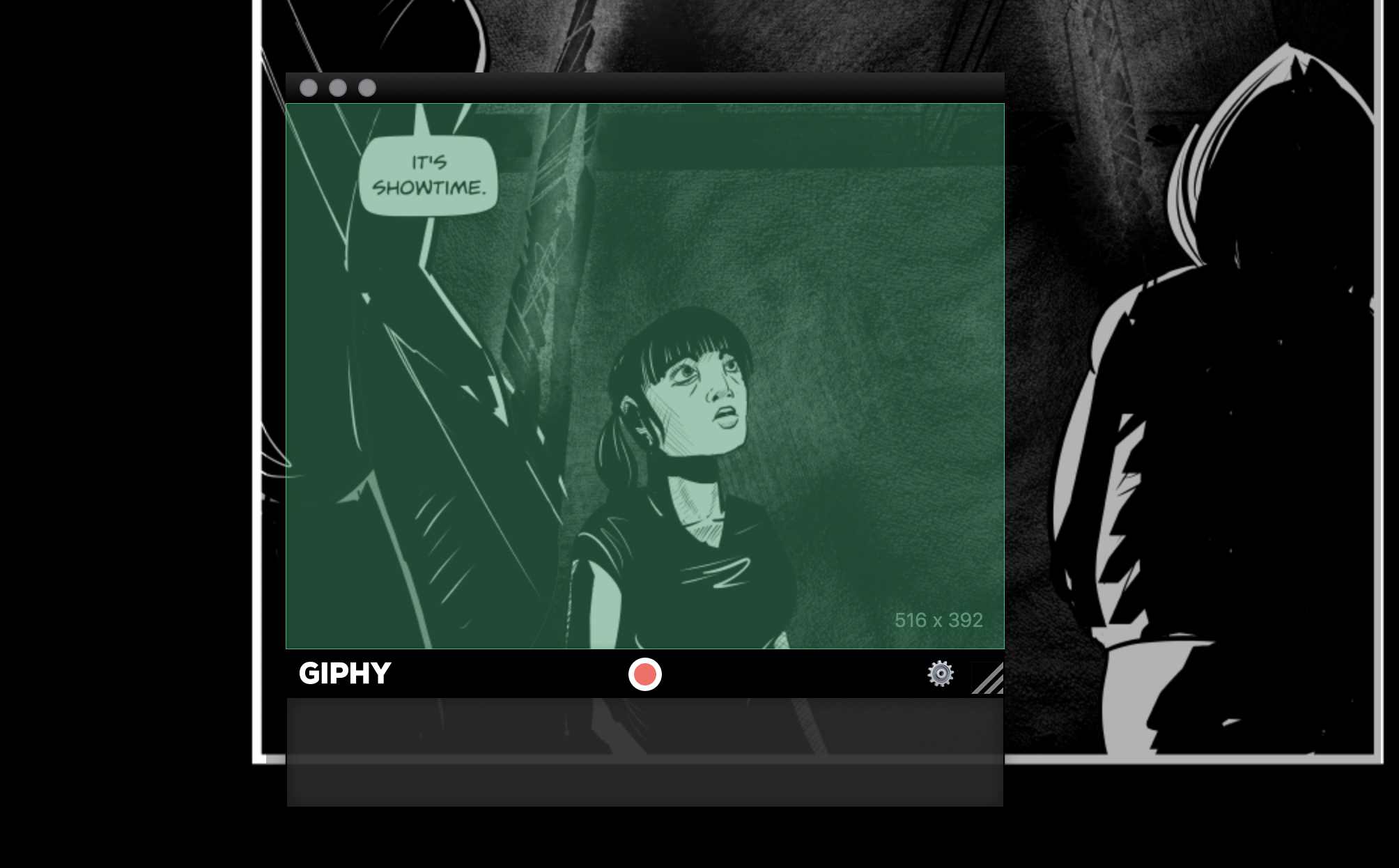 I made the following GIFs to promote my comic on social media.

I also made this capture from Early Man because it's hilarious.

Anyway, use this and skip all the sketchy GIF apps with their weird, suspicious advertising.